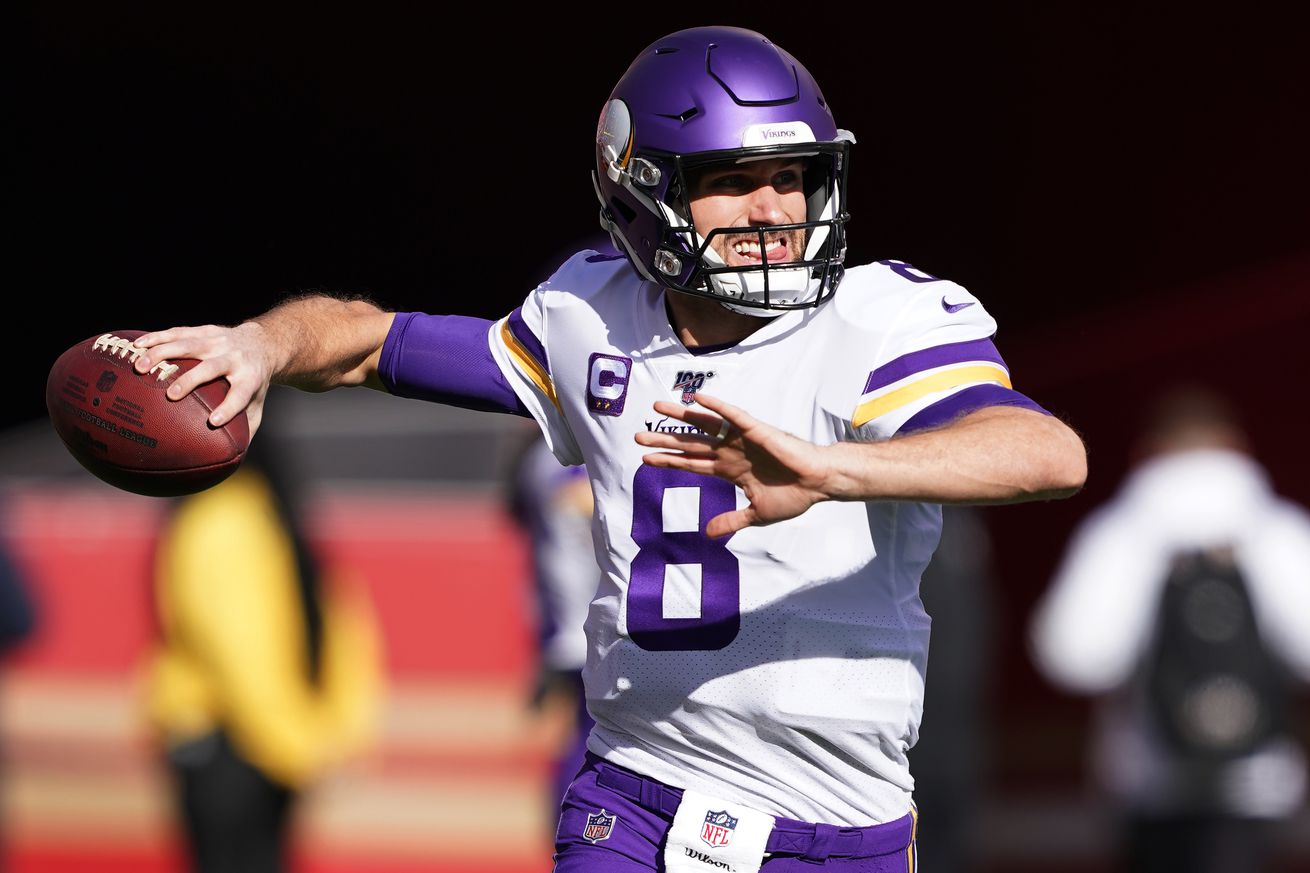 Two teams, the Vikings and Jaguars, are entering the offseason over the $200 million salary cap.

Hope springs eternal in the NFL offseason. Every team has a chance to sign and draft new players who could become difference-makers in the future.

Some franchises have more resources than others, though.

There are teams that landed near the top of the 2020 NFL Draft order, a few that made trades to acquire more draft picks, and some that have plenty of room under the salary cap to dish out big money in free agency. On the flip side, there are a handful of teams that can’t afford to do much unless they make some tough decisions.

Here are the five teams entering the 2020 offseason with the most tenuous salary cap situations, and what they can do to clear space (all cap figures as of Feb. 20, courtesy of Over The Cap):

The Super Bowl push didn’t go as planned in 2019. Still, the Bears finished 8-8 and have a roster that can be a winner in 2020. They’re keeping Mitchell Trubisky at quarterback and probably won’t want to do anything too drastic to clear space.

How did they get here? There are only four players in the NFL with bigger cap hits than Khalil Mack‘s $26.6 million number, and they’re all quarterbacks. Another seven Bears — six of whom play defense — have payouts between $10 and $15 million. Chicago still has an elite defense, but it’s paying a lot for the dominant unit.

The Falcons didn’t make many changes after finishing the 2019 season with a 7-9 record. Head coach Dan Quinn, general manager Thomas Dimitroff, and offensive coordinator Dirk Koetter were all retained. Minimal cap space means the team doesn’t have room to make many big moves in the offseason either.

How did they get here? Matt Ryan’s 2018 extension isn’t the most expensive in the league, but his $24.175 million cap hit is still sixth among quarterbacks. Julio Jones is one of 12 non-quarterbacks with a hit over $20 million. There are another five players (Jake Matthews, Desmond Trufant, Grady Jarrett, Alex Mack, and Deion Jones) due to cost the Falcons at least $10 million each.

A season that looked like a lost cause early nearly turned into a playoff run for the Steelers. They don’t have much room to make many moves, but, fortunately for them, they don’t need to.

How did they get here? The hefty two-year, $68 million extension given to Ben Roethlisberger last year didn’t pay off when the quarterback was sidelined for almost all of 2019. Jared Goff is the only player with a cap hit larger than Roethlisberger’s $33.5 million in 2020. Barring a surprise retirement, there’s not much Pittsburgh can do about that contract. The team will have to chip away at other parts of the roster to find cap room.

The Vikings had the largest pit to climb out of, but already got out of the red.

How did they get here? Kirk Cousins’ fully guaranteed contract was unprecedented and is now due to count $31 million against the cap in 2020. Another eight players on the Vikings’ roster have cap hits of at least $12 million.

Jacksonville Jaguars ($3.4 million over the cap)

The Jaguars have a lot of work to do before a return to the playoffs can happen. The once-dominant Jacksonville defense has regressed and the offense was 26th in points scored.

How did they get here? The Jaguars ponied up serious cash in 2017 to sign Calais Campbell, A.J. Bouye, Barry Church, and Tashaun Gipson in free agency. Then they traded for Marcell Dareus and took on another sizable contract. Now those deals are eating up a lot of room. It didn’t help that the team blew $130 million in two offseasons on Blake Bortles and Nick Foles. Trading Foles would only clear a few million. Fortunately, the Jaguars can clear up a ton of space with mostly inconsequential moves.