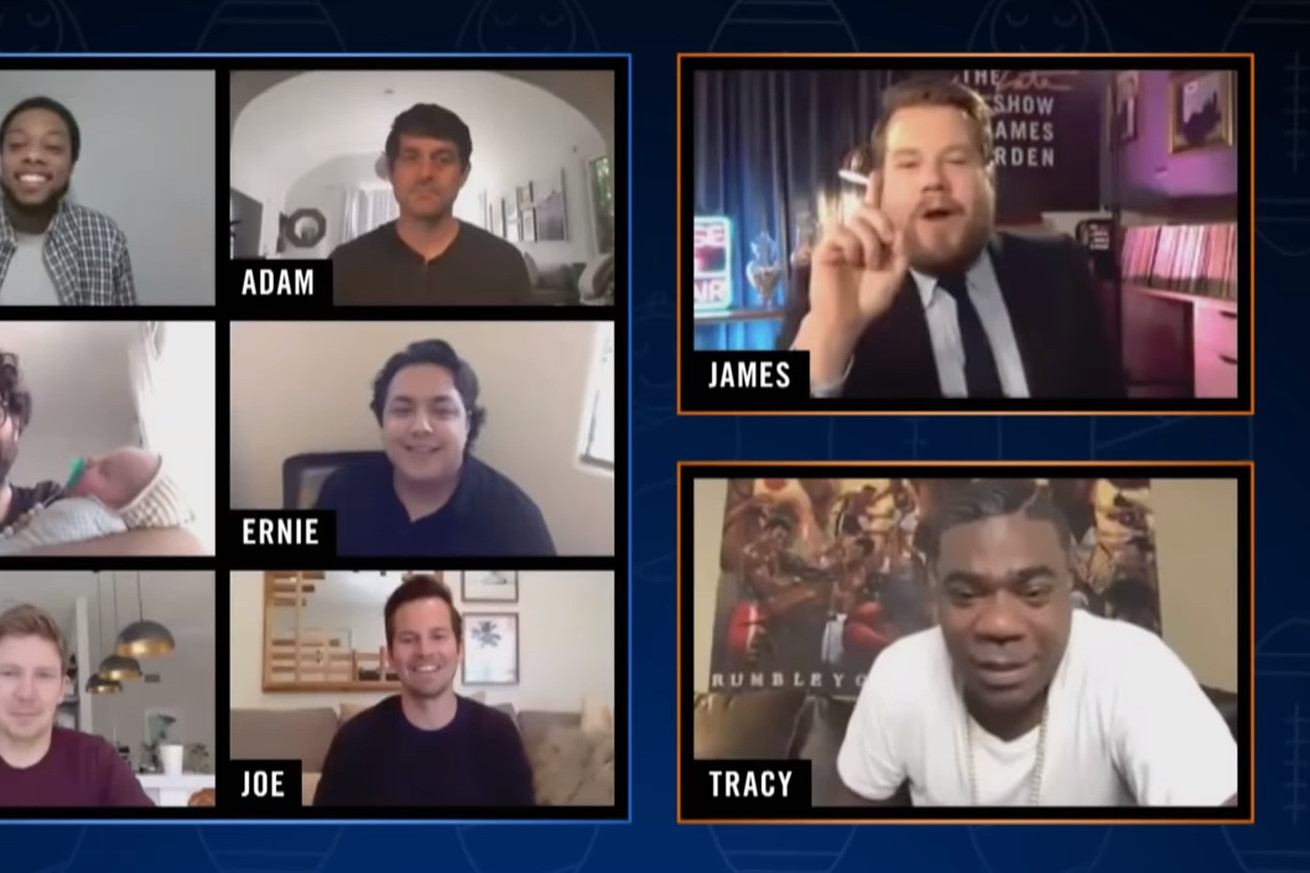 I’ve gotta play this with my friends.

We’re all bored out of our minds. I know it. You know it. We’ve tried to fill the void with Zoom calls to little avail, thanks to that one friend who can’t work out how to screen share and positions their camera so you’re looking up their nose the whole time. Now James Corden and co. have come up with the only good past time which can be enjoyed over teleconferencing: “Baby or Football.”

The game is simple: Tracy Morgan was given a Zoom lineup of six men. Three were holding babies out of frame, three were holding footballs. It was his job to determine which was holding which.

Morgan, to his credit, asked some pretty pointed questions to garner information, such as “which of y’all don’t pull out?” which immediately caused Corden to facepalm and realize what a bad idea it was asking Tracy Morgan to do this bit. However he felt, Morgan’s questions didn’t quite work because he finished 1-for-2 on his guesses.

I absolutely recommend trying this game at home with your friends, because honestly, you have nothing better to do. All you need is three things:

In any event, play at home and tell us how you did.