Home / NBA / Chicago Bulls fans have quit on the team, and it’s showing during All-Star Weekend

Chicago Bulls fans have quit on the team, and it’s showing during All-Star Weekend 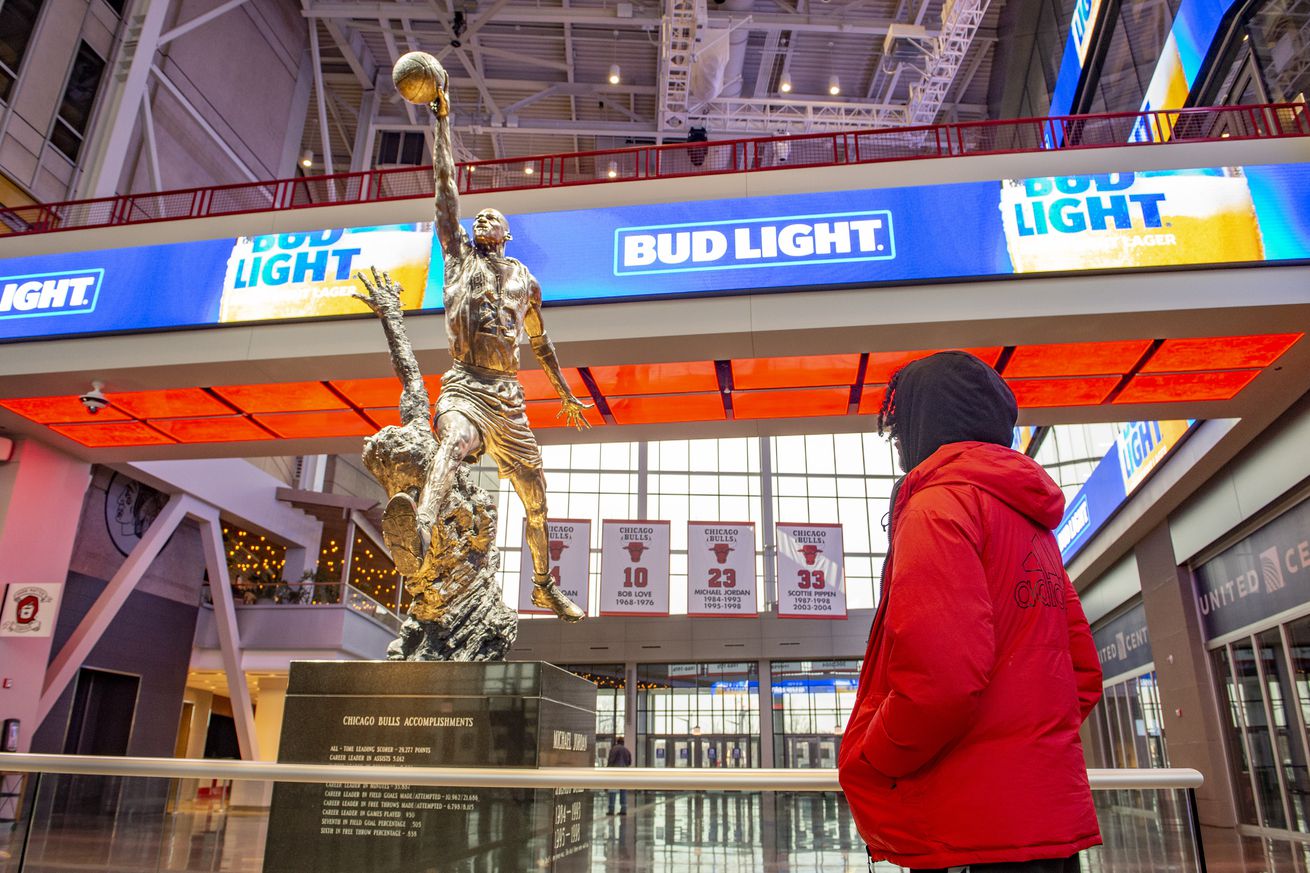 The Bulls are a civic embarrassment to the great city of Chicago during NBA All-Star Weekend.

CHICAGO — NBA All-Star Weekend is in Chicago for the first time since Michael Jordan jumped from the free-throw line into America’s heart at old Chicago Stadium back in 1988. The league reportedly approached Bulls owner Jerry Reinsdorf about hosting the event in the years since, but he vehemently opposed the idea for the decades.

“They’d have to force me to take the All-Star Game,” Reinsdorf said in 2012. “They take over the building, your season-ticket holders have to be in a lottery to see if they get tickets and then they don’t get a good ticket. Really, no good can come out of it and all it can do is upset your fans.”

Reinsdorf had a change of heart at the behest of his grandson Joey, and now the NBA’s best have converged upon the city during its coldest weekend of the winter. It certainly doesn’t seem like local fans are upset about having the All-Star Game in Chicago, even as ticket prices reach record highs on the second-hand market. After all, fans have something better to be upset about: the sad, pathetic state of the Chicago Bulls.

Three years into their latest rebuild, the Bulls do not have an all-star. Zach LaVine’s appearance in the three-point contest will mark the organization’s only participant in the festivities. Things weren’t supposed to be this bad again, not after management publicly declared they could have a playoff team at the onset of the season. Instead, they have been the furthest thing from it: the Bulls enter the break at 19-36 overall, with a sparkling 0-19 record against the top eight teams in the East. The team hasn’t won more than two games in a row all year, and would only have one victory against opponents above .500 if not for the Grizzlies’ recent surge.

This Bulls season has been a disaster in all the ways Chicago has come to expect from one of the most widely mocked front offices in professional sports. Jim Boylen is the worst head coach in the league, humiliating himself, the organization, and the city in a new way every week. His bosses, John Paxson and Gar Forman, will not fire him, only because he’s the first head coach they’ve employed who hasn’t realized they’re totally full of shit. Injuries have also impacted four key players — Lauri Markkanen, Wendell Carter Jr., Kris Dunn, and Otto Porter Jr. — which has given Paxson a convenient yet totally illogical cover in the midst of another nightmare season.

Never mind that the Bulls have been a terrible team since the very first game of the season, when they lost to the Charlotte Hornets (Will Gottlieb has the exact numbers). Injuries have been a problem for the franchise since the glory days of Tom Thibodeau and Derrick Rose, yet they’ve done little to change their approach or medical team. After the Bulls did nothing at the trade deadline, Paxson said he couldn’t evaluate his team because of the injuries. Of course, this is the same man who needed 67 games to realize Cameron Payne wasn’t an NBA player, when those on the team figured it out after the second practice.

The vast majority of fans have now started to voice their displeasure with the direction of the franchise. The Bulls have fallen from the league’s leaders in attendance, where they were first or second every year from 2005-2019. While the team is still No. 10 in raw attendance this year, it’s mostly a symptom of the United Center being one of the NBA’s largest stadiums. The Bulls rank No. 22 in percentage of capacity attendance this season.

With the spotlight on Chicago for the weekend, Bulls fans have taken the opportunity to make their frustration with the front office mainstream. Fans put up another “Fire GarPax” billboard in the city. A fan wore an “86 GarPax” jersey to the last home game before the break, for which he was kicked out of the stadium. As LaVine spoke live on set during ESPN’s First Take, Bulls fans started a loud “Fire GarPax” chant that rattled the set.

“FIRE GARPAX” chants have broken out on national television. pic.twitter.com/PqkIP41ogZ

The Bulls would love nothing more than for their dysfunction to fly under the radar the rest of the season. To their credit, they haven’t had an embarrassing off the court incident like they usually do, be it a team mutiny against Boylen, one player breaking another’s face, or inter-team drama playing out on social media. Rather, this year’s Bulls have mostly been boring. Apathy has set in, with many around the city simply too downtrodden to continue getting mad about the same problems that have plagued the franchise for years.

Reinsdorf may have rejected hosting the All-Star Game in Chicago for years because he didn’t want to upset the fans, but at this point he must be regretting reluctantly agreeing to do it because the fans are so angry about his team.

Paxson should be outright fired and not promoted to a title with less authority as has been rumored. Forman has mostly had his power stripped in the last few years, but he deserves to be canned, too. Boylen can take his punch clock with him out of town with the promise that he’ll never land another NBA head coaching job the rest of his life . The roster needs to be reset once again, but not by the same people who screwed it up in the first place.

The Bulls are a stain on the NBA and on the proud city of Chicago in their current state. The fans are using All-Star Weekend to remind the world of it every chance they get.