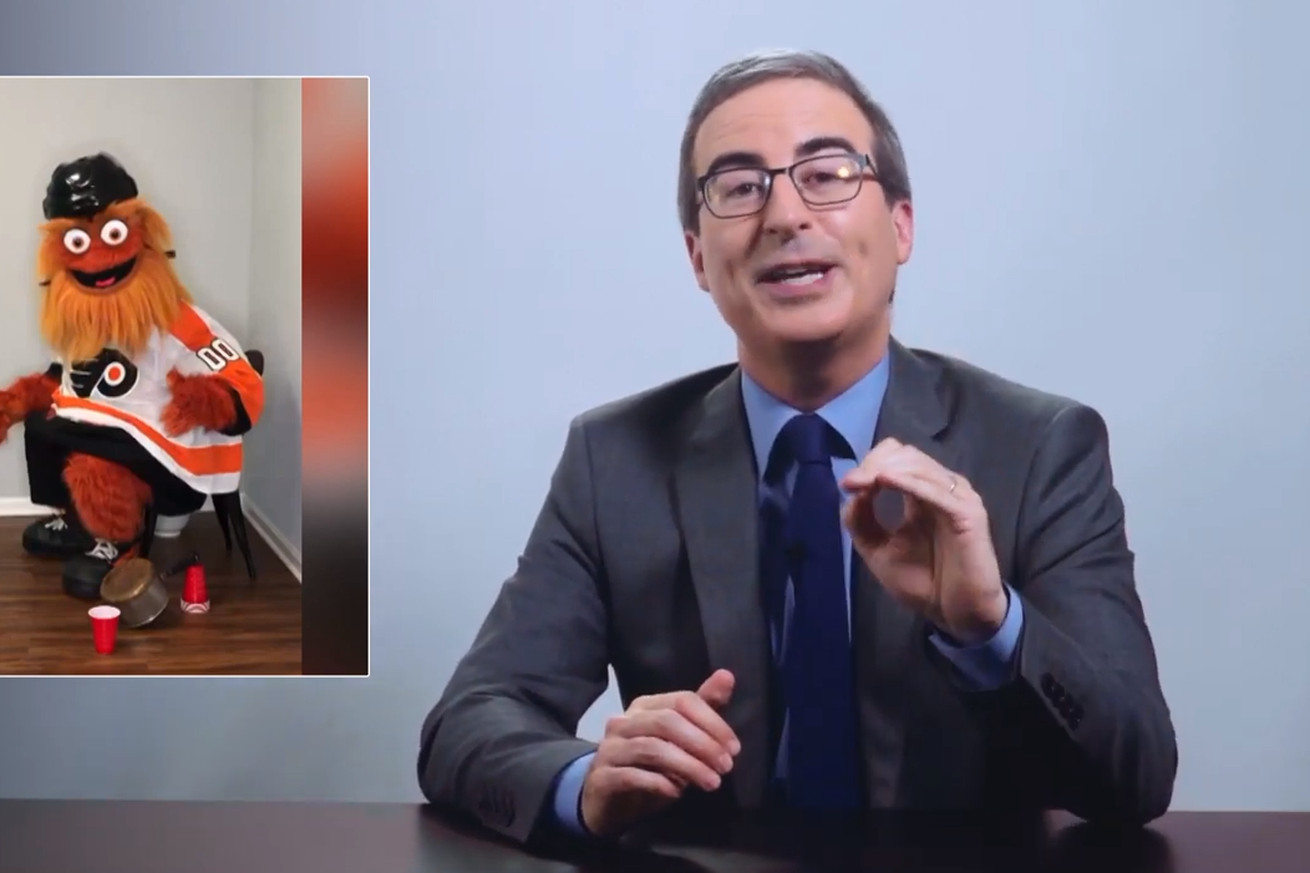 John Oliver and Last Week Tonight have been running a series on how Coronavirus is impacting lives, and on Sunday night the show turned its attention to the world of sports.

The segment is worth a watch for anyone who cares about sports, but shines an important light on the ripples beyond those who just want to see their teams again. Stadium workers trying to piece their lives together with the absence of events, workers covering sports struggling to find things to talk about in their absence, and naturally Dana White’s “Fight Island,” which is its own thing entirely.

Oliver had this to say:

“Is that a clever name? No. Is it the perfect name? Yes. Because it’s the first thought an idiot would have if they wanted to name a private island where fights happen.”

Rightfully there was criticism inside the jokes, slamming Oklahoma State head coach Mike Gundy for essentially saying that unpaid players should come back during the pandemic because they’re “healthy enough to fight it off,” and stating that “the state of Oklahoma needs the money,” without caring about his players’ well being in the process.

“Jesus Christ,” Oliver said, “I don’t know whose advice is worth the least during a pandemic — but guy who doesn’t mind unpaid college kids contracting a potentially deadly disease so everyone else can make millions, is right down near the bottom.”

Look, we know this is all a mess. It’s affected us directly. We want sports back as soon as possible but we also know that none of this is worth anyone losing their lives over. Sports will be back — someday, and we’ll be ready. Until then we’ll keep watching stuff like Oliver’s breakdown of the industry to give us a little perspective. Sports often seem like the biggest thing in the world, but not now.