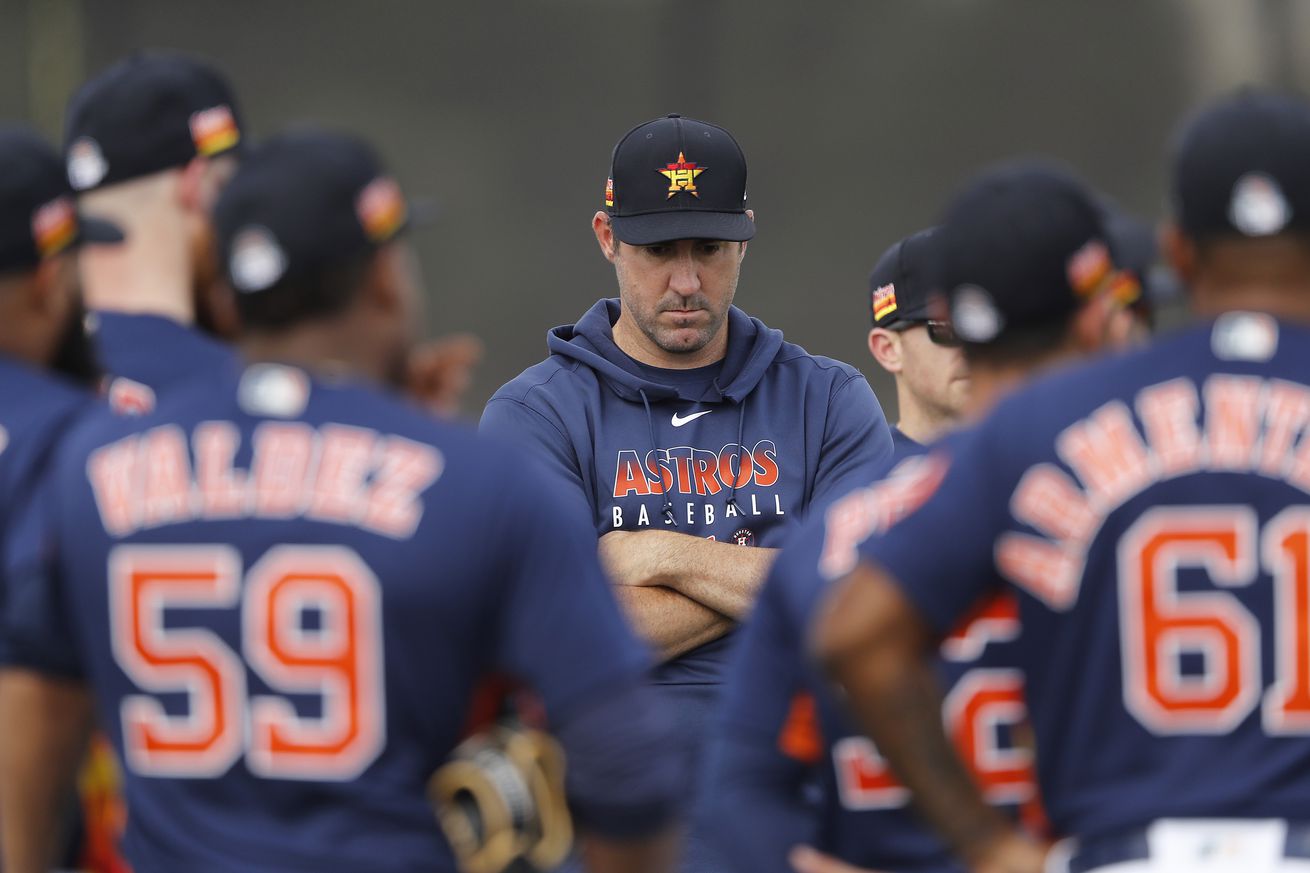 “They sure as shit need to do more than what they already did.”

One of the central goals of punishment is to discourage the recurrence of the event in question. The early read on the Astros sign-stealing penalties is MLB wasn’t nearly harsh enough.

Astros players were granted immunity by Major League Baseball during their investigation, and no players are expected to be punished in the soon-to-be-published Red Sox investigation either. Houston and Boston aren’t the only teams accused of skirting baseball’s rules, with at least seven other teams named by Astros personnel as electronic sign stealers in MLB’s investigation, per Tom Verducci of Sports Illustrated.

The only way to rebuild trust in the game after this debacle is to make sure this malfeasance doesn’t happen again, which means stricter rules for use of video rooms around the league, and harsher penalties for rule-breakers, including the players. It’s something the players union would have to agree to through collective bargaining. Judging from the response to the Astros scandal, it might not be hard to drum up support.

Players reported to spring training camps across the Grapefruit and Cactus Leagues this week, and several had thoughts on the Astros, their punishment, and incredibly weak apology.

Justin Turner on the Astros World Series championship: “It’s hard to feel like they earned it.”

You can see how visibly pissed Cody Bellinger is when talking about the Astros pic.twitter.com/QUXiNwzbxd

Yankees catcher Gary Sanchez referenced Jose Altuve’s pennant-winning home run in Game 6 of last year’s ALCS, after which Altuve was adamant that none of his teammates rip off his jersey. Rumors abound about the Astros wearing buzzers beneath their jerseys, which to date have been denied by several on the team. MLB has as yet found no evidence of the buzzers.

Aroldis Chapman allowed that home run to Altuve, and Thursday told reporters, “I think a lot of people have seen that video. It’s a popular video right now. If you look at his actions, it’s a little suspicious, right? But at the end of the day, I just don’t know.”

#Dodgers Alex Wood on possibility opponents will take it out on Astros by throwing at their hitters: “You would be hard pressed to say no. I mean, they messed with a lot of guys lives. I don’t condone that type of behavior. We certainly don’t play them. …” (cont)

“and they’ll get suspended more games than any of those guys got for the biggest cheating scandal in 100 years. It’ll be pretty ironic when that happens because I’m sure that’s how it will end up playing out.” 3/3

When he thought he was being traded to the Angels, Ross Stripling started wrestling with whether he would intentionally throw at an Astros hitter to retaliate. He concluded he probably would, at the right time, in the right place. I think it’s a fascinating question.

The Dodgers lost the 2017 World Series to the Astros, and the Yankees lost the ALCS in both 2017 and 2019 to Houston, so their beefs are more personal. But other teams have players angry about the Astros, too.

Rob Manfred has failed the game he was tasked to protect. He should resign. This is a joke. The Astros just gave us all the double bird and walked away.

Sean Manaea was pretty unimpressed with the Astros presser this morning. “They didn’t own up to anything, they all just sort of said the same thing. They want to move on but they haven’t even said what they’ve done.”

Manaea was unswayed by Jim Crane’s contention that the cheating did not affect games. “Then what’s the point of doing it then? Why are you all cheating if you don’t think it’s going to affect the game? You’re not doing it to try to lose or stay the same.”

Indians pitcher Mike Clevinger said of the Astros, “I don’t think any of those motherfuckers should be able to look us in the eye. They should feel ashamed.”

In 2017, an Astros player FaceTimed Chris Archer to tell him he was tipping pitches. That was a lie. The Astros were banging a trash can.

“It sucks when you dedicate your whole life to something, and somebody’s out there doing some shady shit like that.”https://t.co/xMHZkwMTsx

Stephen Strasburg, the 2019 WS MVP, with more high heat for the Astros: “Someday I’m gonna hopefully have some grandkids and sit down and talk to them about the experience of the World Series and not really feel ashamed of it at all.”

Andrew Heaney wants the Astros to fess up: pic.twitter.com/2YMTcSEySH

If the Astros want to “move on” from this mess …. maybe actually own up to it and be accountable, or just keep “BS”ing … which is what they will do and this will linger and tear them apart ‍♂️ @MLB

Todd Frazier retweeted an article in which a body language expert said Altuve wasn’t telling the truth and “the whole thing was scripted bull.”

“It’s hard to judge the sincerity. I don’t know them and don’t know what’s going on in their head but it felt a little scripted.”

Andrelton Simmons took the “petty” route on his IG story after the Astros’ apology today. pic.twitter.com/VDB85OO0gX

Let’s say someone messes up. Messes up bigly, even. And the truth is that they really don’t care about messing up. At all. In fact, they would do it all over again, and you know this. Asking for a friend, would you rather receive:

that’s it? What a f*#*!!! joke. I’m old, retired, out of the game so screw my thoughts but damn lol. All people want is something from the heart if it’s there. Something!!

I’m no expert, but I am a human who understands what remorse looks like. Didn’t really see that. Just some smugness and rehearsed blanket answers.

Mike Bolsinger, who allowed four runs while recording just one out in a relief appearance in Houston at the height of the Astros’ electronic sign-stealing in August 2017, is suing the team.

“I want my lawsuit to lead to positive change,” Bolsinger opined in The Washington Post. “Baseball is at an important crossroads. How the game responds to this scandal will define its credibility and its existence for years to come.”

Bolsinger hasn’t pitched in the majors since that disastrous outing, is no longer on a 40-man roster and is not part of the union. But his sentiment is shared by many players around the league, and that’s going to be important going forward.