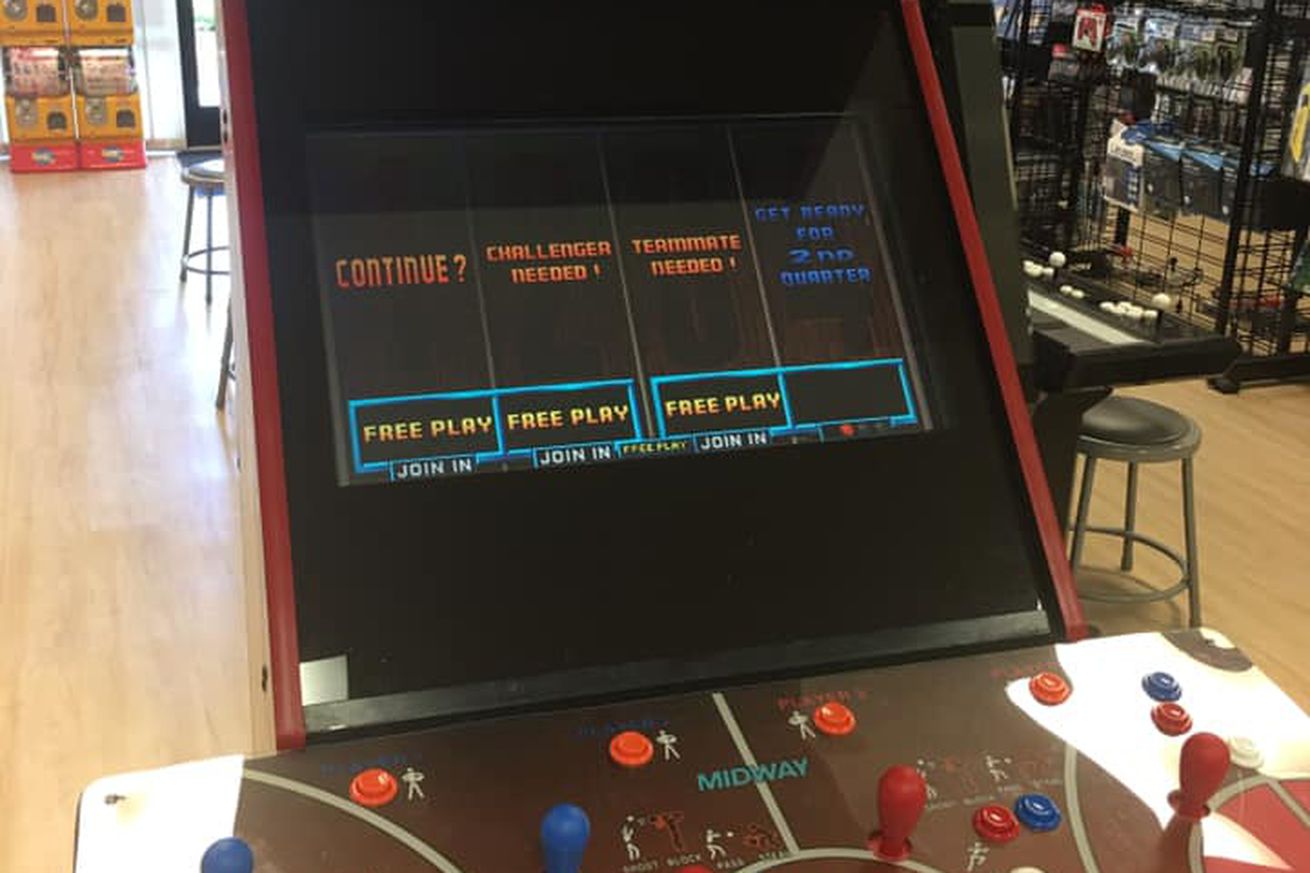 Become a pro — or at least, a little better.

NBA Jam is one of my favorite video games of all time. My copy on the Super Nintendo exists in a box, in my mom’s attic, far from reach, and out of use for a long, long time. I thought my passion for the game was destined to live in nostalgia, but now things have changed.

My friend owns an arcade, and his acquisition of an original four-player NBA Jam cab has pretty much been the only exciting thing to come out of quarantine. I recently took to the sticks for the first time in 20 years and realized that as much nostalgia I have for the game, there’s also so, so much bullshit.

No. 1: Anyone who mains the Bulls is a cheater.

Michael Jordan wasn’t in NBA Jam, as you probably know. A late breakdown in licensing led to MJ being pulled from the game late. Instead the default Bulls duo in OG Jam is Scottie Pippen and Horace Grant — and they’re both horrible, pixelated cheaters.

Make no mistake, Scottie was never bad from three — shooting .326 for his career, but in NBA Jam he’s an unstoppable monster. His 4/6 three point rating is better than Reggie Miller (3/6), and his 5/6 speed rating is faster than Kevin Johnson (3/6).

I believe Pippen was made to be incredible because of Jordan’s absence. I’ll listen to arguments about him being the second-best player in the NBA during the Bulls’ prime, but nobody can convince me he was an all-around unstoppable monster. If you main the Bulls you’re getting the best player in the game at every key category, and Pippen’s overall rating of 20/24 is the highest in the game. In case you’re curious the second best is Mitch Richmond for some unknown reason, and he’s dragged down by the decidedly garbage Wayman Tisdale.

No. 2: Don’t get duped into being Player 1 or Player 4 in a four player game.

This one is huge, and if people challenge you two-on-two with a friend and suggest you take an outside stick they’re scared of you, and you’re being hustled.

The NBA Jam cab is large enough to comfortably accommodate four children, but a cramped mess for adults. Our natural proclivity is to go to the outside, assuming more elbow room is best — but this is a mistake.

Because of where you need to stand it’s impossible to have your body oriented straight with the stick. This means your body is on an angle, which in turn fights your muscle memory. Every move you make on the outside sticks in a four player game is off a diagonal. This means you’re going to have two solid quarters of struggling your natural movement to even get used to the positioning. Now, there are cabinets designed with this in mind and have pivoted the joystick gates to make it easier for the outside players, but these are few and far between.

Yes, there are NBA Jam wizards who know how to block — but blocking in general is way, way too random. Pushing people over and getting the ball before they ever shoot is not only more efficient in the game, but also more effective.

When someone goes for a shot our natural inclination is to jump and block, but as long as you make contact in the first third of their jump a push will dislodge the ball much faster. Anticipate which direction your opponent likes to go on the inbound. Most will go diagonally down, or diagonally up — meet them, shove them down, and score 30 points in a quarter with John Stockton like a certain person writing this article did on Thursday night (hi Kris).

The weird thing about NBA Jam player stats is that basically nothing makes sense. The aforementioned Mitch Richmond has a 6/6 dunk rating. That’s better than Dee Brown, and he won the dunk contest.

You’d think Hakeem Olajuwon would be one of the best players in the game, but he’s trash. His 15/24 rating is on par with John Starks, and he’s nowhere near as useful. Olajuwon is 0/6 from three, 3/6 for speed — and makes up his entire overall rating on dunks and defense. This might make sense, but we’ve established that blocks suck. Smaller guards have similar high defensive stats, but with the ability to drain threes and zoom around the court too.

No. 5: If you’re playing with a friend, pick the Jazz and laugh at your opponents.

The Utah Jazz are the quintessentially perfect NBA Jam team not because Karl Malone is broken like that cheater Scottie Pippen, but because of how well the two players compliment each other.

There’s a symmetry to the Jazz that’s perfection. Both players are solid on defense, and outside of that they excel in the areas the other lacks. This makes for the perfect team. Nobody is stuck with a true dud, and like the real-life 90s Jazz you can run this 1-2 all the way to the finals where you’ll get run over by those cheating-ass Bulls.

No. 6: Understand the game is a cheater too.

Let’s just say there are a few … shortcuts in NBA Jam if you want to go the route of being a horrible person. The most notable is the hot spots on the court where you’ll basically always hit a three so long as your release isn’t garbage.

These are the sweet spots for OG NBA Jam.

So long as you hit this spot and don’t have someone DIRECTLY in your face you’re going to hit 90 percent or better from three. Especially with someone like Scottie Pippen, whose video game form is the equivalent of gambling with house money.

I can only assume these hot spots on the court were designed to give developers a leg-up over competition when they jumped on the sticks to school someone. It’s an unfair mechanic, but you should absolutely leverage it — because you’ll need that help when someone else picks the Bulls.