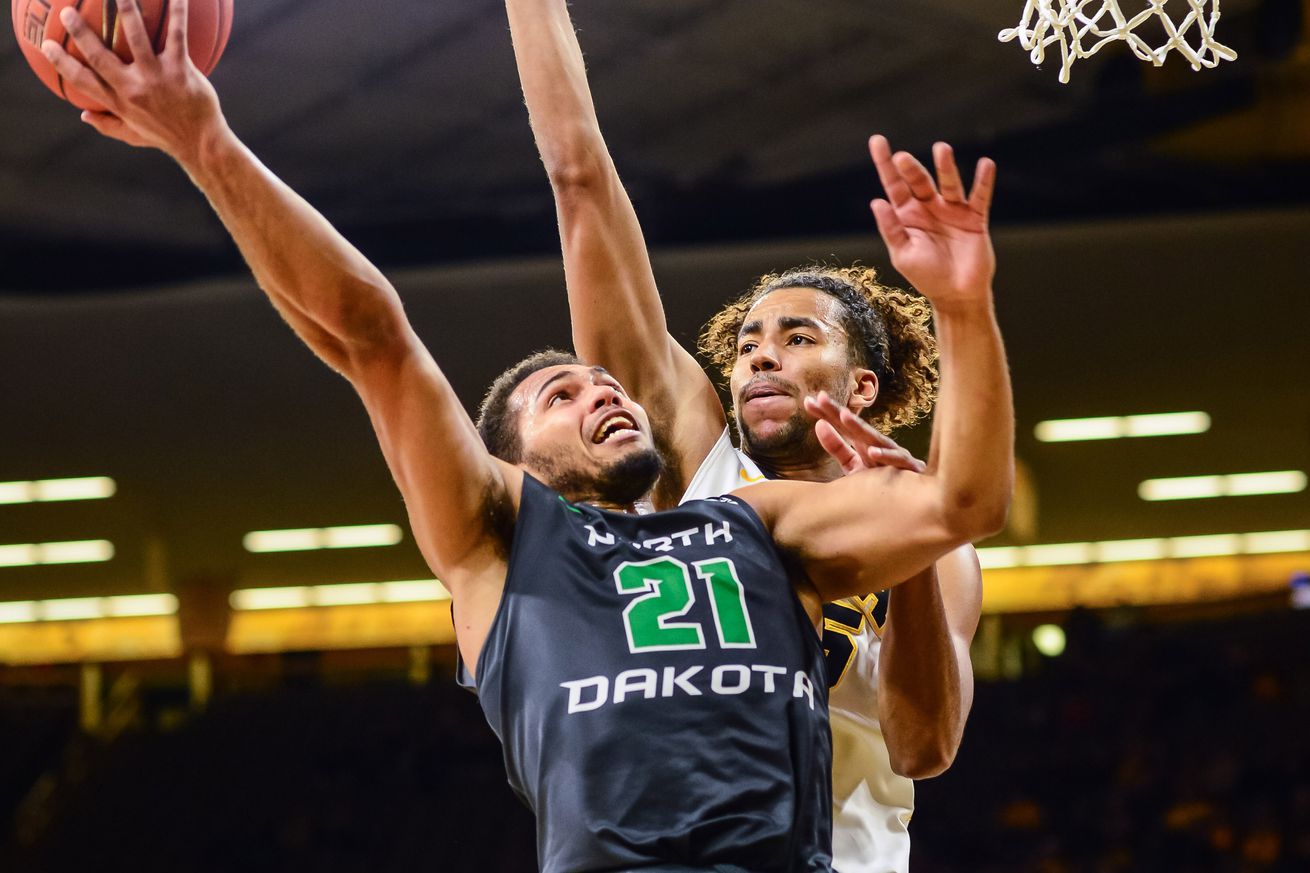 The Fighting Hawks had six players who scored in double digits.

A high-scoring affair raged on into overtime, where the North Dakota Fighting Hawks were crowned Big Sky Tournament champions in a 93-89 win over the Weber State Wildcats on Saturday.

The victory marks North Dakota’s first NCAA Tournament berth in program history and redemption against a Weber State team that defeated them in last year’s tournament.

The Wildcats had the game virtually sealed, having built a six-point lead with less than a minute remaining in regulation. But the Fighting Hawks clawed back, capping off a comeback effort with a Geno Crandall layup with seven seconds remaining to force overtime.

There, it was Quinton Hooker who scored eight of his 28 points in the extra period, helping solidify North Dakota’s first NCAA Tournament berth against a Weber State team it defeated three times this season. Hooker shot nine-of-18 from the field for the Fighting Hawks, who were a Division II team prior to joining the Big Sky Conference for the 2012-13 season.

Weber State gave a valiant effort behind guard Jeremy Senglin’s 26 points and 10 rebounds. Kyndahl Hill was the Wildcats’ co-star with 21 points and 12 rebounds, and Jarrick Harding had 18 points on six-of-10 shooting.

But it was North Dakota’s team effort that earned its standing as Big Sky champions on Saturday, and the Fighting Hawks will need to be firing on all cylinders if they hope to advance past the first round after the seeding is announced during the Selection Show on Sunday.