The 49ers can keep their Super Bowl roster mostly intact 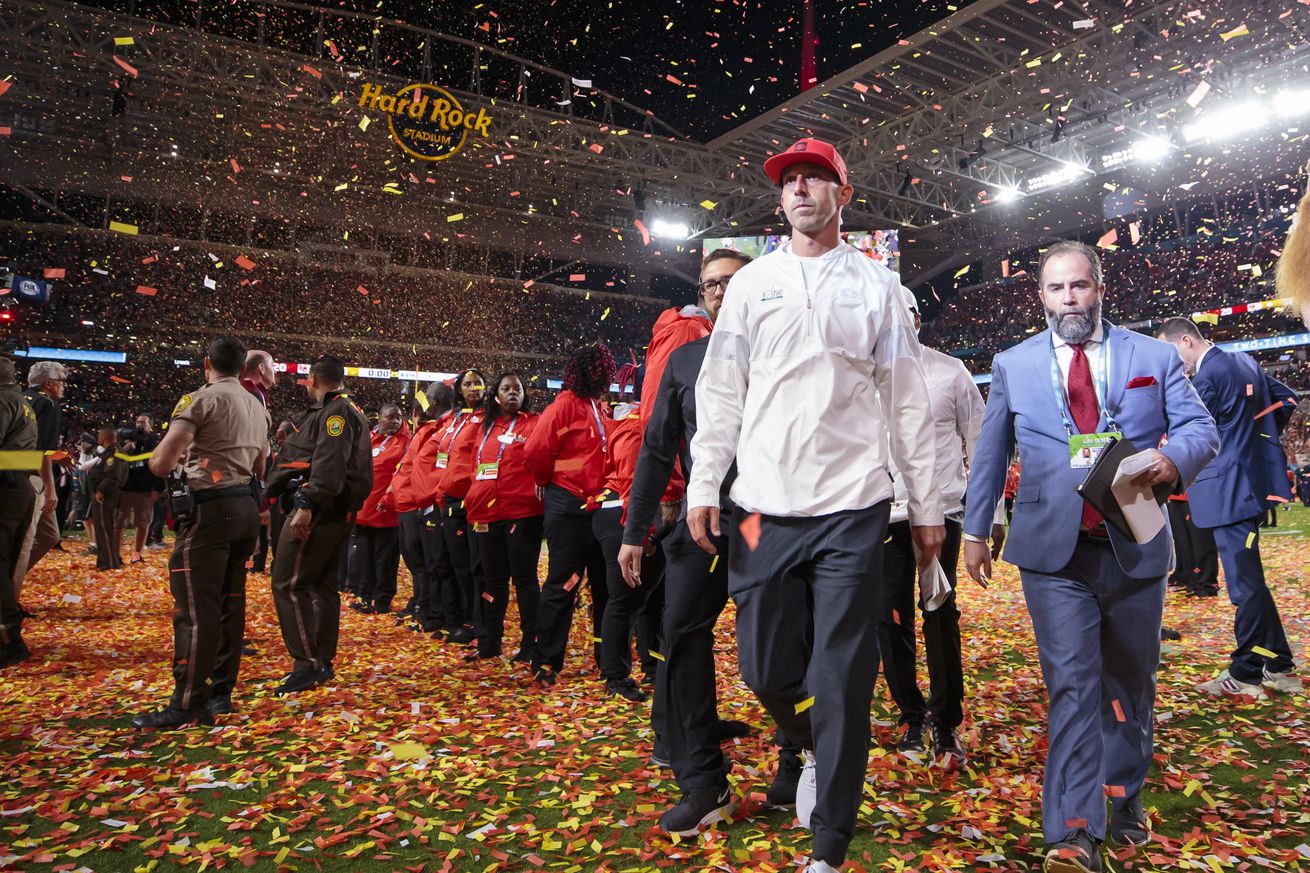 The San Francisco 49ers pulled off one of the most dramatic turnarounds in NFL history, going from 4-12 in 2018 to 13-3 and the top seed in the NFC. Head coach Kyle Shanahan led the 49ers all the way to Super Bowl 54 against the Chiefs.

The comeback stopped there after the 49ers gave up a lead in the fourth quarter to lose 31-20. After coming so far so quickly, the question is whether or the 49ers will remain an elite team and if Jimmy Garoppolo is their quarterback of the future.

That said, they’re still in a great position. Shanahan proved he has what it takes as a coach, and his offense is backed by a stout defense, led by returning defensive coordinator Robert Saleh. They have some big decisions to make regarding young players on rookie contracts and some holes to fill that will require some salary cap finessing.

The 49ers are still a very complete team, and will return most starters from this past season. There are a couple notable holes, though.

What Niners Nation wants most this offseason: The San Francisco 49ers are in a tricky spot. There aren’t many needs. The team could stand to upgrade at cornerback and right guard, but aside from that, this offseason is more about keeping the core intact. Will they pay Arik Armstead? He feels like a priority. If that’s the case, Sanders and Ward likely leave in free agency. Safety, receiver, and cornerback. Oh, and a veteran in the secondary. — Kyle Posey

The 49ers locked up their two biggest free agents on long-term deals with edge rusher Arik Armstead and free safety Jimmie Ward. In doing so, they also parted with a great player in DeForest Buckner, but the defensive line is still a strength. They also smartly tendered receiver Kendrick Bourne and retained cornerback Emmanuel Moseley. Here’s where their needs are now:

Related Itemsfeaturednflsb nation radio
← Previous Story Drew Lock is the Broncos’ guy. Now its time to build around him
Next Story → The Raiders need to be big spenders to start their Vegas era off right