Home / NFL / The Colts spent big to bounce back from a slump. Now what?

The Colts spent big to bounce back from a slump. Now what? 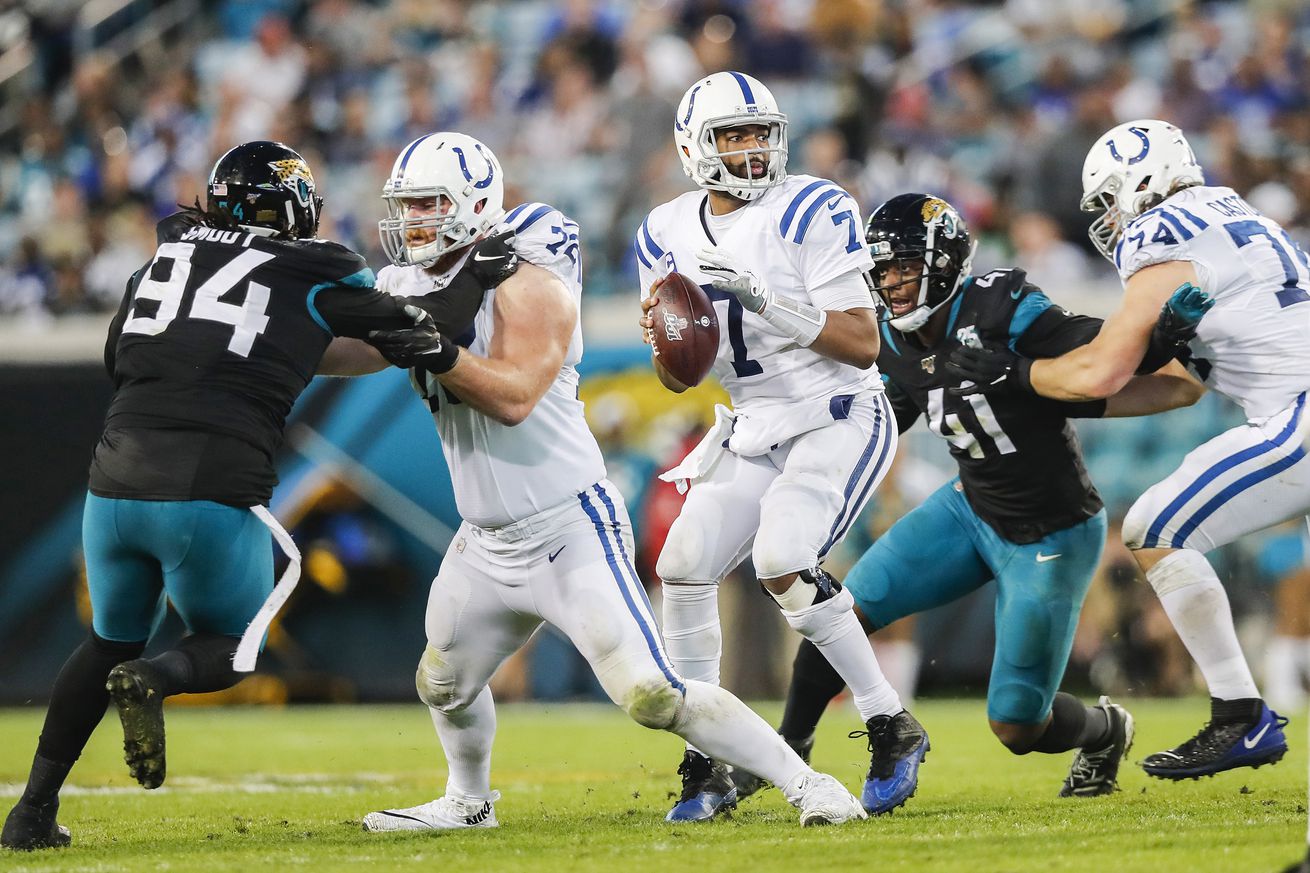 Indianapolis made a big decision at QB and finally spent cash to make some significant moves.

The Colts didn’t have a great 2019. It could have been much worse.

Andrew Luck’s sudden retirement threatened to leave Indianapolis in a spiral, but a hot start from backup-turned-starter Jacoby Brissett helped the club exceed expectations … for roughly half the season. The Colts’ 2-7 finish was proof Frank Reich’s team isn’t a contender yet, but a smart offseason could have it ascendant once more.

Only one team in the league entered 2020 with more spending room under the salary cap than the Colts. That gives general manager Chris Ballard a tremendous opportunity to add the talent needed to get Indianapolis back to the playoffs.

What Stampede Blue wants most this offseason: Since Luck surprised the NFL world by retiring in his prime, the top unanswered question and long-term need to fill is at quarterback. Otherwise, Indianapolis is lacking in proven talent at the wide receiver position and Hilton is showing some signs of age. The defense has shown potential, but no Cover-2 system will work without consistent pressure using four rushers. The primary area to improve is on the defensive interior, allowing some of the promising young edge talent to increase their own production. — Brett Mock

Ballard made a splash when he traded the 13th overall pick to the 49ers to acquire defensive tackle DeForest Buckner. With it came a four-year, $84 million extension. Then the Colts dished out a one-year, $25 million deal to Philip Rivers.

We’ll check back on the Colts after the 2020 NFL Draft to see how they did addressing the holes on the roster.