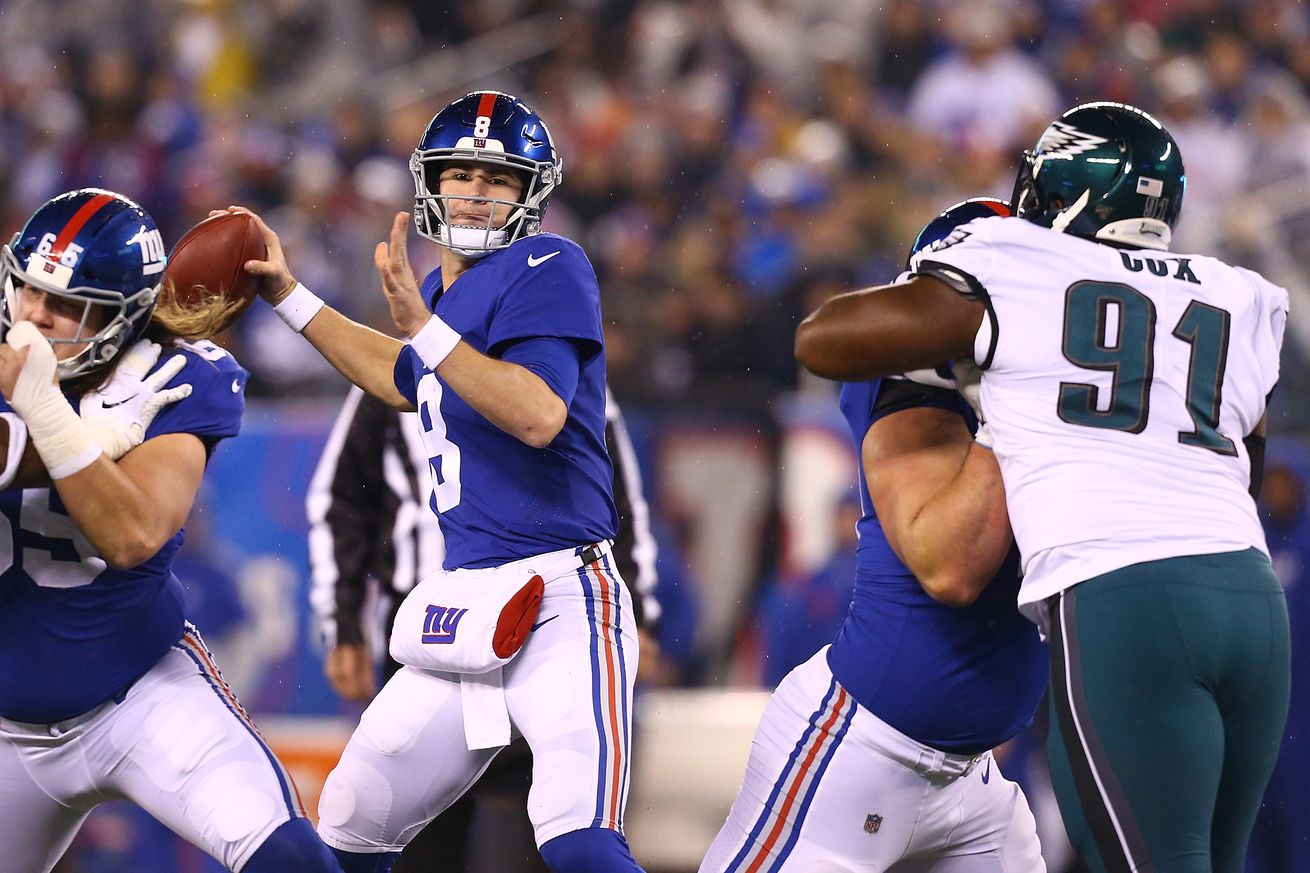 Daniel Jones was sacked 38 times last season, so he could use better protection in his second year as the Giants’ starter.

The New York Giants entered 2019 looking to avoid the struggles they’ve had in recent years. Spoiler alert — they didn’t do that whatsoever. The Giants started the season 2-2, but even after head coach Pat Shurmur benched Eli Manning for first-round pick Daniel Jones in Week 3, the team lost nine straight games. New York went on to win back-to-back against the lowly Dolphins and Washington, and eventually finished 4-12.

Jones looked pretty inconsistent as a rookie, but it certainly didn’t help that his offensive line allowed him to get sacked 38 times in 12 starts. His running back, Saquon Barkley, was banged up throughout the season and didn’t quite look like himself behind that same line.

Unsurprisingly, Shurmur was fired at the end of the season. In his place, the Giants hired longtime New England Patriots assistant Joe Judge. There are a lot of holes New York could fill during free agency and the draft, so Judge can’t waste any time shaking things up.

The Giants have plenty of cap space and 10 draft picks this offseason. Most of all, they need to prioritize protecting Jones in his second year as a starter, though the defensive line could also use reinforcements.

What Big Blue View wants most this offseason: Defensively, the Giants need to improve their pass rush. And, we’re not talking incrementally. They really need a legitimate No. 1 pass rusher opposing offenses have to double team. Offensively, they must address the tackle and center positions. — Ed Valentine

The Giants did a pretty good job of addressing all their needs in free agency, so they can continue to add to their needs come draft time.

1. Offensive tackle: New York signed former Cowboys tackle Cameron Flemming to a one-year deal. Although he hasn’t been used as a full-time starter along the line, he can potentially replace Remmers at right tackle.

2. Center: The Giants didn’t pick up a center in free agency, so they’ll likely take on in the upcoming draft.

3. Edge: The Giants placed the franchise tag on Leonard Williams, and signed two linebackers during free agency. It looks like the Giants will get a pass rusher in the upcoming draft, which they might be able to find a better (and cheaper) prospect in doing so.

We’ll check back on the Colts after the 2020 NFL Draft to see how they did addressing the holes on the roster.