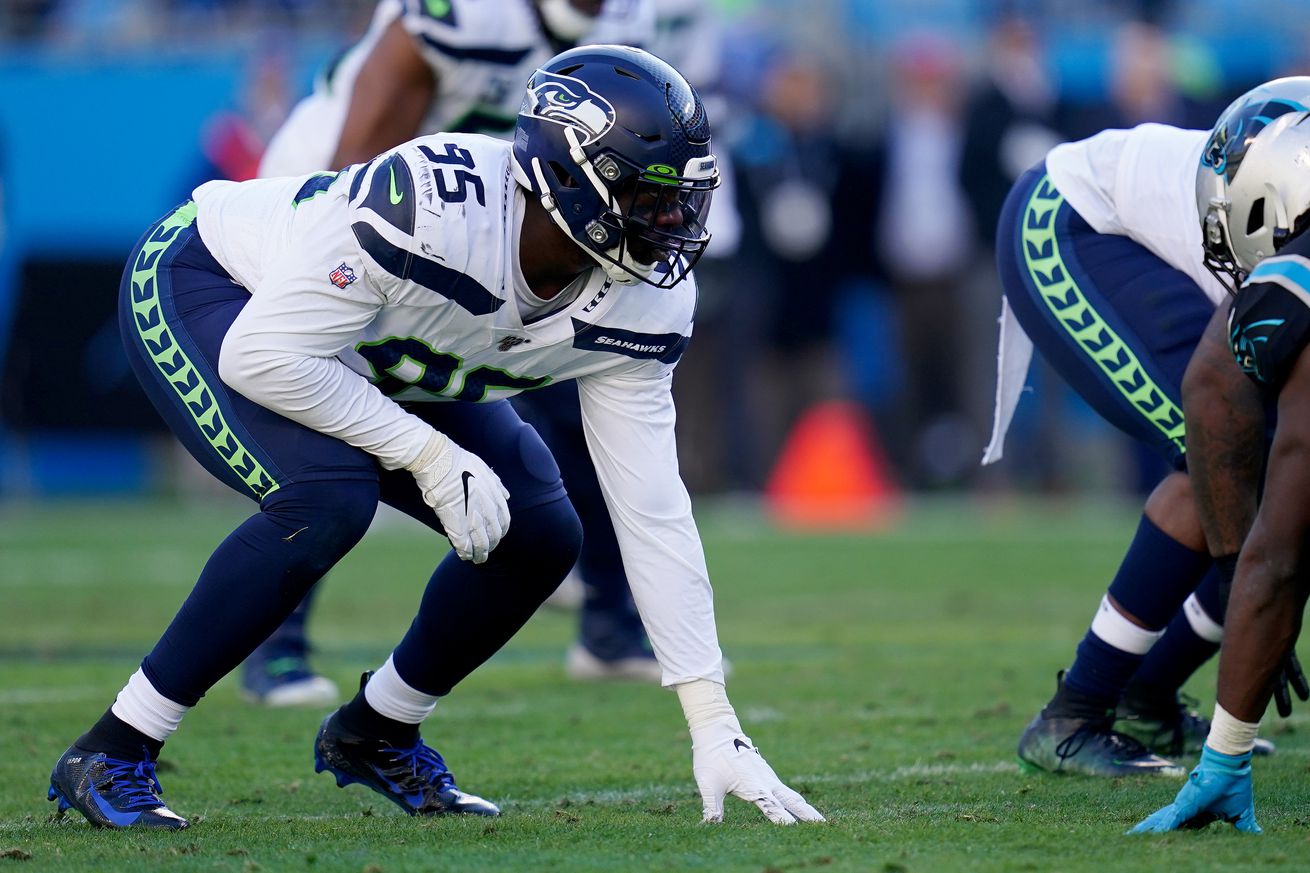 Did Seattle do enough to turn its defense around?

Injuries ravaged the Seattle Seahawks last season, and the team slumped to the finish of the regular season losing three of their last four games. Despite the setbacks, the Seahawks still won a wild card game before getting dropped by the Green Bay Packers in the Divisional Round.

Seattle’s offense is now fully built around quarterback Russell Wilson. He has a budding star wide receiver in DK Metcalf, and Tyler Lockett remains a solid target. The team also acquired veteran Greg Olsen to bolster a tight end group that includes Will Dissly, who was fifth on the team in receptions despite playing just six games.

Seattle Seahawks (11-5), lost in Divisional Round

While much of Seattle’s passing offense is built out, the team has some serious needs to address on the rest of the roster. Here’s what Seattle needs to fix the most.

What Field Gulls wants most this offseason: Pass rush. Pass rush. Did I mention pass rush? I just mentioned it again. The Seahawks’ inability to generate pressure last year contributed largely to a disappointing performance on defense. They have the cap space and draft capital to invest substantially in the pursuit of edge rushers. Of lesser importance but still desired is retooling this offensive line (especially with Mike Iupati, Ifedi, and Fant all free agents) and bolstering wide receiver depth. — Mookie Alexander

The Seahawks actually took a lot of steps to address their biggest holes, but with some aging veterans and lacking depth options, most of the same positions remain as a need. Other than the ones listed below, they also need depth at quarterback, running back, and safety.

The Seahawks had a very Seahawks draft, even though they didn’t make a first-round trade.

Their first two picks were on Texas Tech linebacker Jordyn Brooks (first round) and Tennessee defensive end Darrell Taylor (second round), neither of whom had a ton of buzz heading into the draft. Still, they can potentially help Seattle’s defense right away. Brooks is an excellent run defender who had 20 tackles for loss last year in Lubbock, while Taylor totaled 8.5 sacks for the Vols. Syracuse’s Alton Robinson, another edge rusher, is a nice Day 3 pickup.

The Seahawks only added one depth piece to their offensive line, but he’s a good one: LSU’s Damien Lewis in the third round.