The Vikings’ playoff exit created a blueprint for their offseason 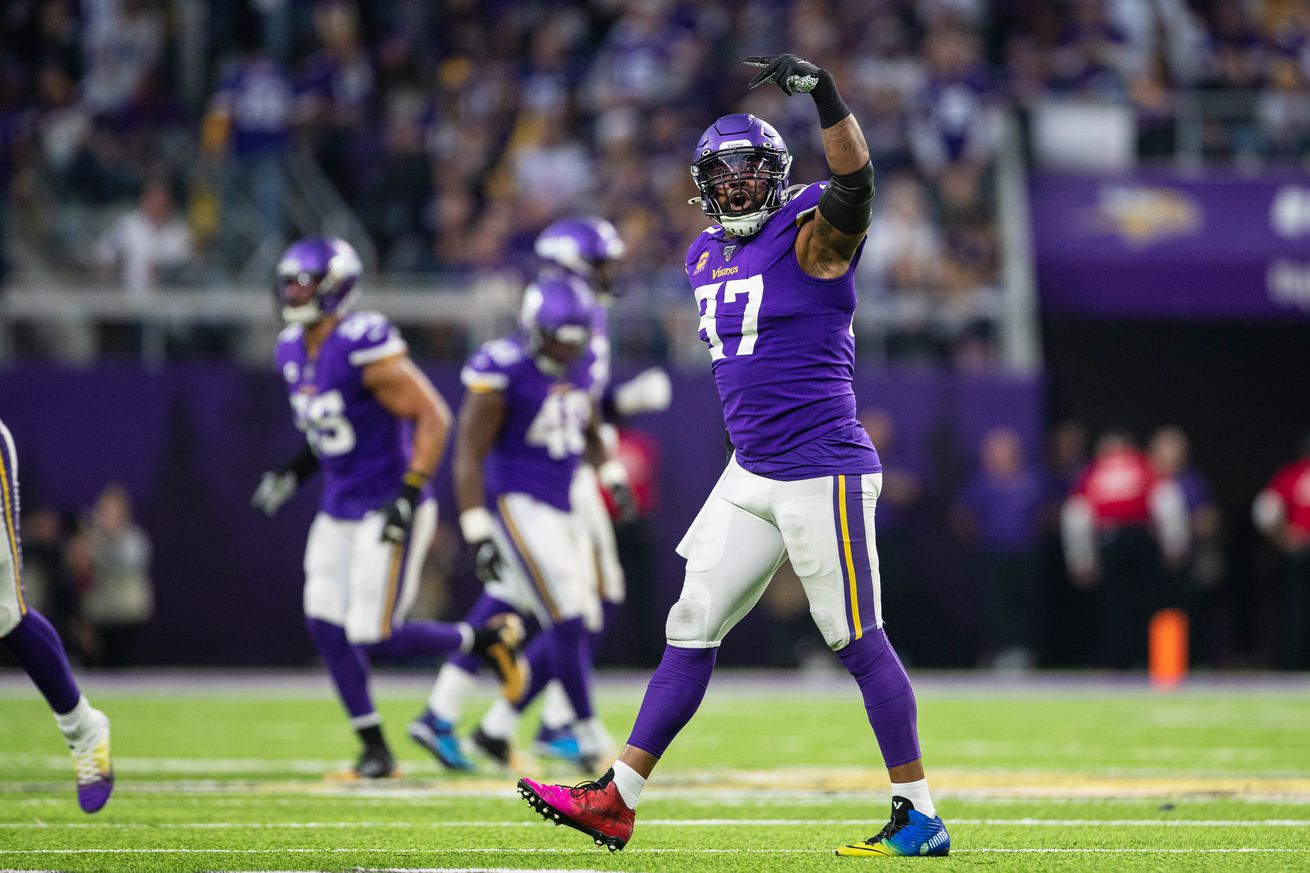 Minnesota can make it back to the playoffs, but it needed to address a couple holes first.

The Minnesota Vikings struggled out of the gate in 2019, but ultimately rode a stalwart defense and the play of Kirk Cousins to a 10-6 record. In the playoffs, they scored an upset win over the Saints in the Wild Card Round before running into the San Francisco 49ers in the Divisional Round.

Minnesota’s major flaws were laid bare in that 27-10 loss. The lack of big plays from Cousins and the Vikings’ inability to win in the trenches had the 49ers running all over them. Now the Vikings have to deal with several pressing questions.

What do they do next with Cousins, who is entering the final year of his guaranteed contract? Is Mike Zimmer the right coach to lead them to the Super Bowl? Can they keep one of the league’s best defenses intact? Will they take the next step while losing both their offensive and defensive coordinators?

Minnesota Vikings (10-6), lost in Divisional Round

Minnesota entered the offseason over the league’s salary cap. On top of that, they have potentially departing free agents at two major positions.

What Daily Norseman wants most this offseason: The Vikings have a lot of questions on defense. There’s a good chance Rhodes, Waynes, and Alexander, their top three cornerbacks from last season, will not return. It also looks like Anthony Harris, who has developed into a top-five player at safety, won’t be back, either. On offense, they need some help along the offensive line, and for the love of Randy Moss, could they get a wide receiver who can take some heat off of Stefon Diggs and Adam Thielen? Depending on whether or not they extend Cousins, the Vikings could also be looking for a developmental QB. — Ted Glover

Using the franchise tag on Anthony Harris was a smart move considering he is one of the Vikings’ best players. They also extended Kirk Cousins, but then lost their biggest playmaker, Stefon Diggs, via trade. The Vikings neglected to address any of their three biggest needs. However, they now have two first-round picks due to work with, thanks to the Diggs trade.

As expected, the Vikings went wide receiver (LSU’s Justin Jefferson) and cornerback (TCU’s Jeff Gladney) with their two first-round picks. Check and check. After that, they added two more cornerbacks, one of which was Mississippi State’s Cameron Dantzler, who has a lot of potential.

In the second round, Minnesota lucked into Boise State tackle Ezra Cleveland. He was getting a lot of first-round buzz heading into the draft and could start right away. The Vikings brought in two more guards, though not until Day 3.

Related Itemsfeaturednflsb nation radio
← Previous Story The 3 biggest offseason needs for each NFL team and how to fix them
Next Story → Did the Falcons fix their defense enough to save Dan Quinn’s job?