Vernon Davis is upsettingly good at crying on cue 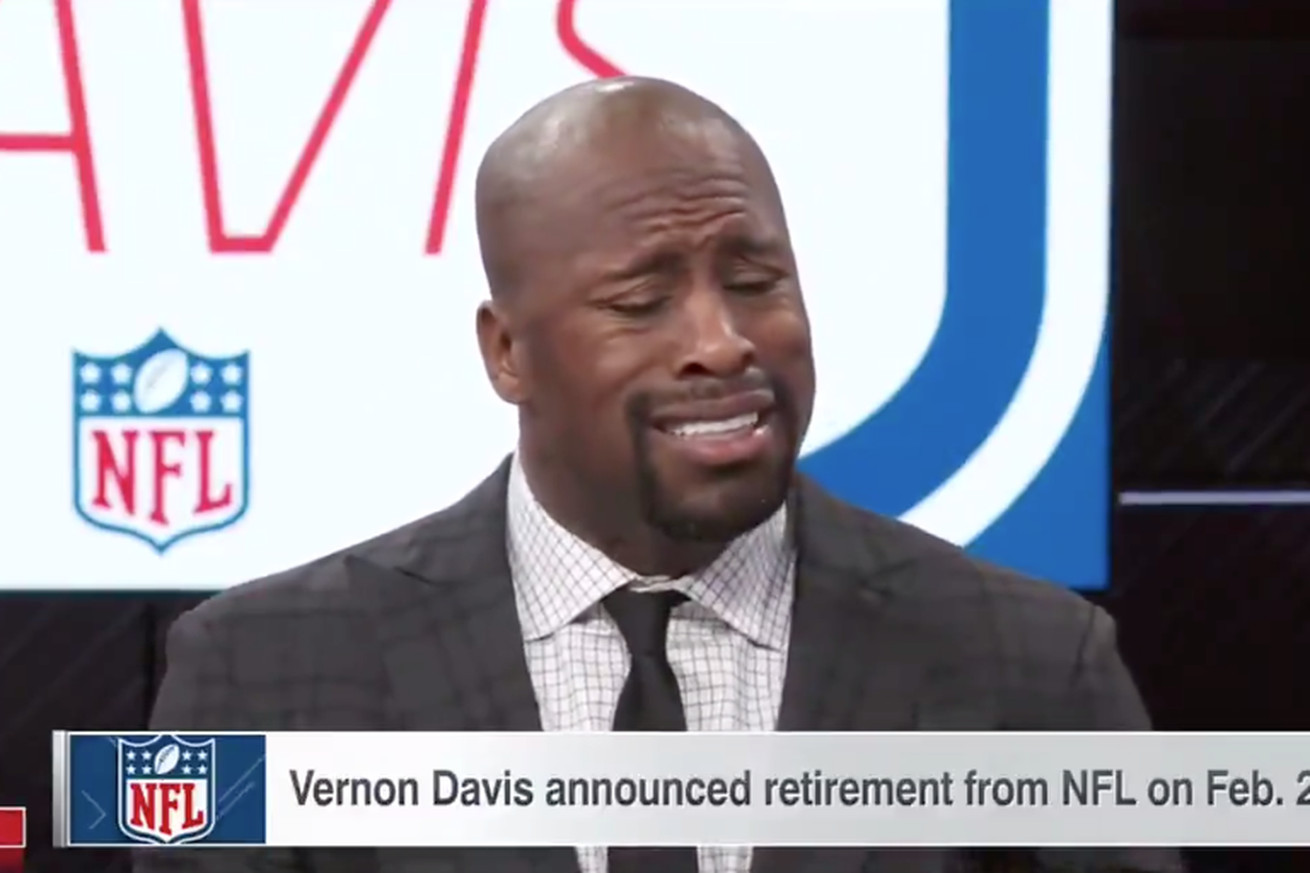 Thanks for the meme, Vernon!

In a recent appearance on SportsCenter, Davis was talking about his new acting ventures, and was asked by ESPN’s Matt Barrie to get into character.

He did so abruptly, and well:

Vernon Davis is doing a movie so he gave Sportscenter some in character acting (h/t @AaronDerek) pic.twitter.com/aMKwZ458su

There are many different cries, and a lot of people who aren’t into acting are able to force some tears. But Davis really gave us some real-looking emotion and vigor there. That’s not your average “something upset me” cry, that’s a solid “I am in a near-panic and I need comfort” cry.

Davis announced his retirement during Fox’s pregame coverage of Super Bowl 54 in a short skit with Rob Gronkowski and James Harrison. At the time, it seemed like a pretty odd way to make that kind of announcement. And in fact, some people weren’t even sure if it was real or not, considering that’s not a conventional way to reveal such a thing.

Let’s check in on @RobGronkowski and his retirement crew, the Golden Gronks, ft. @jharrison9292 and @VernonDavis85 pic.twitter.com/8iCn9nwuMX

Looking back, it makes a lot more sense. Davis is clearly taking this venture in his life after the NFL seriously. And even though his SportsCenter appearance is prime meme material, it’s letting everybody know what Davis is up to now that he’s hung up the cleats. Any PR is good PR, even if people don’t know in the moment why they were watching Davis cry on SportsCenter.