Home / NFL / What if Cam Newton and the Panthers won Super Bowl 50?

What if Cam Newton and the Panthers won Super Bowl 50? 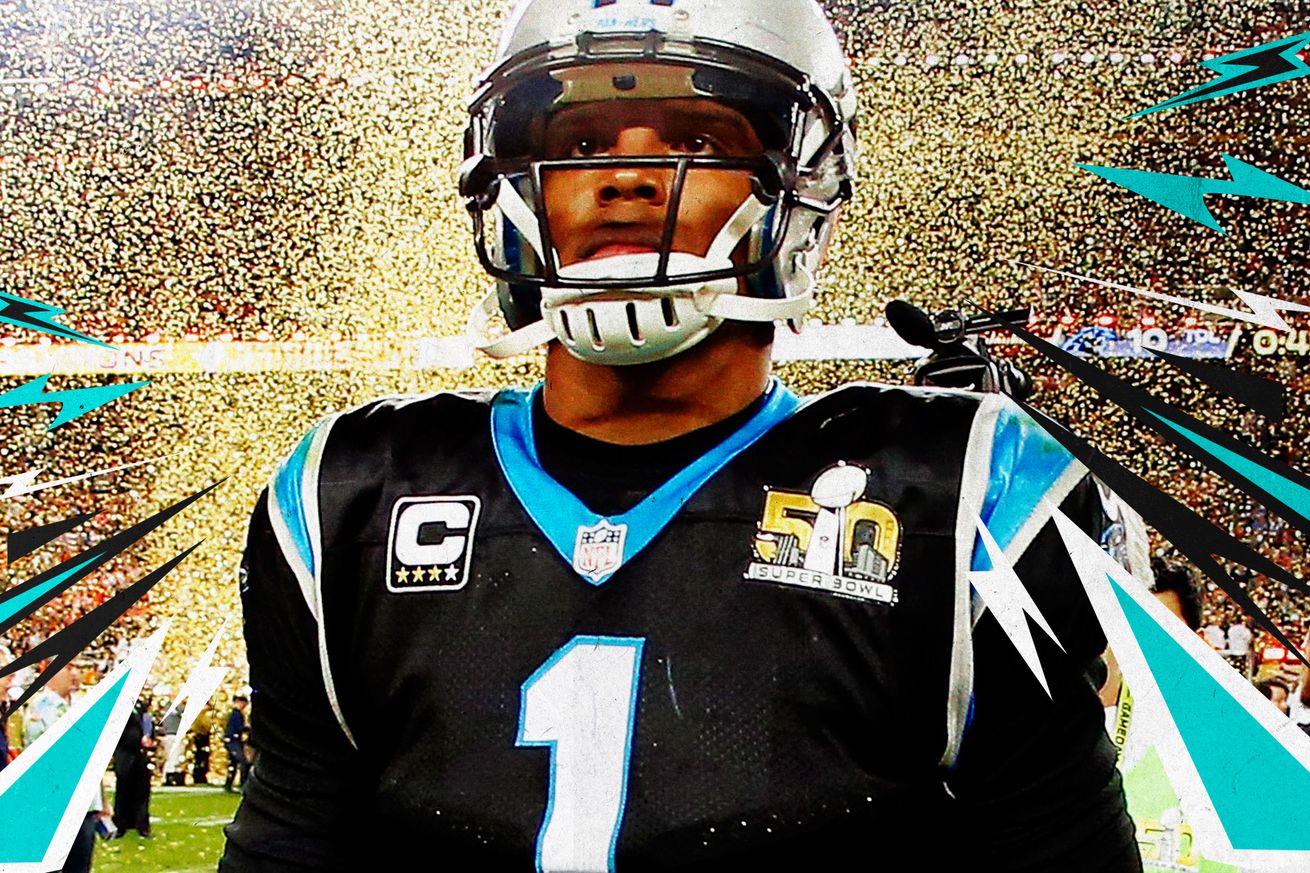 The Carolina Panthers are in the middle of a full rebuild with a new coach, a new staff, and Cam Newton is without a team. It’s a familiar story for any NFL franchise, but normally not four years removed from a Super Bowl appearance with a relatively-young team.

This tumultuous period in Panthers history could have turned out differently, had the team won Super Bowl 50. There are a lot of moving pieces to how this all unfolded, and it’s impossible to know how things would have gone — but here are two possible scenarios, both of which could have come true had Carolina played to its potential and hoisted the Lombardi trophy in 2016.

Scenario One: Everything is different.

The Panthers became the first team in NFL history to go 15-1 the prior season, and finish the next with a losing record following their Super Bowl loss. There’s no tangible reason why this happened. This was the same talented team, with the same staff, largely unchanged from the best season in franchise history — yet they limped into the season a shadow of their former selves, utterly incapable of displaying the confidence that made them a force the year prior.

There was a very real psychological problem with the 2016 Panthers. They were broken. A season-opening collapse to the Broncos seemed to too closely echo the Super Bowl itself, and from that moment on the team never played like it believed it could win. After almost losing to the woeful 49ers (who finished 2-14 that year) the collapse was on. The Panthers dropped four straight games, Newton was mistake prone, and every week Carolina looked as if it was trying to dig itself out of a deeper and deeper hole.

Let’s presume for a moment that the issue with the team was psychological. It’s unclear what the record would have been. Even a Super Bowl win could have led to a hangover, but at the very least the Panthers would have played with more confidence. This is critically important for what came in 2017 and beyond.

Consistent inconsistency has been a motto for the Panthers for as long as the franchise has existed. A seemingly endless rubber banding of soaring highs and crushing lows, with little in between. Winning that Super Bowl, finally getting over the hump, would have changed that.

General manager Dave Gettleman would have stayed with the team in 2017. The Super Bowl would have assured that, which drastically alters the Giants’ history too. Without Gettleman it’s unlikely the team selects Saquon Barkley, instead likely opting for Sam Darnold — which keeps the Jets’ QB in the same city, but in different colors.

After Gettleman’s departure the Panthers began acting like a team running out of time. Ron Rivera seat was getting hot, Newton was struggling, not only on the field, but with injury. Everyone in the building had a sense they needed to force wins immediately. Had Carolina won Super Bowl 50 they would have a mammoth hook to hang their hats on. Newton, as a Super Bowl-winning QB and former MVP likely would have rested his mounting injuries, similarly the team wouldn’t have felt like they were in a position to rush him back to action hastily — exacerbating these problems.

There’s a very real chance that winning the Super Bowl would have led to Newton still being the quarterback of the Carolina Panthers, Dave Gettleman still being the GM, and Ron Rivera remaining head coach. These ripples would have spread through the league and affected dozens of franchises. Another team likely would have hired Matt Rhule from Baylor, Teddy Bridgewater could be a starting QB in a different city, Washington would have found a new head coach, and there’s even a chance that a strong Panthers team forces the Buccaneers into a full rebuild, rather than going all-in on Tom Brady in 2020 — assuming they saw their window in the NFC South closed.

As it stands Cam Newton is still without a team. It’s unheard of that a 31-year-old former MVP-winning quarterback wouldn’t find a starting job, particularly in a league where more teams are relying on old QB talent. The injury concerns are real, but Super Bowl 50 has lingered over Newton as stigma, evidence that he couldn’t win “the big one.”

If the Panthers still chose to go in a different direction and had a Super Bowl winning MVP on their roster it’s entirely plausible the league-wide view of Newton shifts from him being simply an injury risk, into a missed opportunity. Carolina are likely able to get something in return via trade, with teams willing to roll the dice on getting a proven winner, rather than duke it out in free agency.

At the very least it seems likely the Colts could have gone for Newton over Philip Rivers, or the Bears move on from Mitchell Trubisky. The Los Angeles Chargers are another potential landing spot in this scenario. It doesn’t change the overall look of the league quite as much, but Newton winning Super Bowl 50 makes him more of a proven commodity.

As it stands we’re left with the perfect storm. Newton, a quarterback who by all rights should be starting in the NFL, if left without a team entering the summer. Concerns over his injuries are justified and tangible, but considering other risks teams are willing to overlook at the QB position it’s a lot easier to bet on Newton getting back to form, than hope for a QB that never “had it” to suddenly learn to hang in the NFL.

Winning Super Bowl 50 would have pushed Newton over that hump and make the risk worth it.